Stephen Lussier was chomping at the bit as he sat on stage during a 2019 diamond conference in Dubai. Dressed in his trademark cream suit, he slid toward the edge of his seat as he waited his turn to speak, confident in his ability to unbundle everything his fellow panelist was saying to prop up lab-grown diamonds against the natural product.

“I couldn’t disagree more,” Lussier retorted, and went on to dismantle the speaker’s claim that the value of a diamond lies in its packaging — that the origin, whether mined or made, doesn’t guarantee value. Lussier weaved through key descriptors, citing the “rarity,” “preciousness” and “enduring value” that underpin the appeal of natural diamonds.

It’s a message that has taken him a 37-year career to fine-tune, and it’s one he’s still determined to imprint on the industry’s psyche as he steps back from his role as De Beers’ executive vice president for consumer markets. On the eve of his retirement, Lussier reflects on the evolution of the “diamond dream,” a concept he unabashedly claims as his brainchild.

“It needs to continue to change as our consumers evolve, but the core elements of the dream remain fundamental,” he explains in an interview with Rapaport Magazine. “To me, it’s basically the concept of the brand. We’ve created the emotional connection of a diamond, establishing meaning for a product which transcends its physical self.” 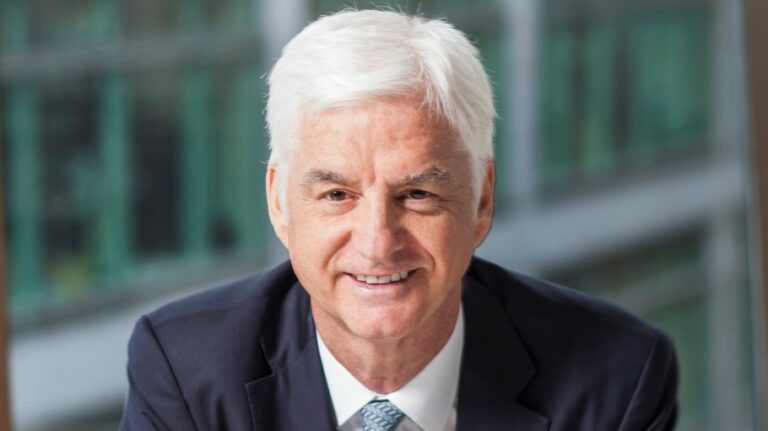 Lussier has had a front-row seat for this evolution. After all, he has helped shape the industry’s storyline through De Beers’ efforts to create new product categories and expand existing ones.
He entered the industry in 1981 at a pivotal time for the diamond market. Fresh out of Columbia Business School, he landed his first job at ad agency N. W. Ayer and was placed on the De Beers account by chance — one of many “lucky” moments he highlights in his career.

The brief on that first campaign was to convince men to “show her you’d marry her all over again” with a new take on the diamond ring: the diamond anniversary band.
De Beers — and by proxy, the diamond industry — already had a long-standing brand in the engagement ring, which symbolized the preciousness of commitment. Borrowing from Proctor & Gamble’s “brand extension” concept, the company tapped into that symbolism with the anniversary band, expanding the association to different points in people’s lives and thereby creating new opportunities for sales growth. Throughout the years, De Beers has built other campaigns around the same premise, among them the tennis bracelet and three-stone ring.
But De Beers had other motivations, too. It was starting production at the high-volume Orapa mine in Botswana and needed to create demand for the many small diamonds it would yield — in addition to production from the Argyle mine in Australia, which was also ramping up. In the anniversary band, the company had a product that used multiple small diamonds.

At the time, the US was considered a mature market because everyone had an engagement ring, Lussier recalls. “But it wasn’t mature, it just required a different mind-set.” Today, he adds, the US’s share of global diamond jewelry sales is higher than ever. “[The anniversary band campaign] was an excellent example of the De Beers strategy to add growth in a market that seemed saturated.”

The gift of giving

The great insight from the anniversary band — and from the American consumer — was that owning a diamond leads to the desire to own more, Lussier says.

That positive reinforcement goes for both the receiver and the giver, according to De Beers research, so it’s no accident that the company has focused on both men and women in its campaigns. A man who gets to be the hero by giving a woman a diamond wants to experience that positive feeling again, while a woman who feels good wearing the diamond and having other women appreciate it wants to receive more diamonds.

De Beers still spends a lot of time talking to consumers in order to understand both sides of the equation, Lussier adds.

His experience at N. W. Ayer soon saw De Beers offer him a position in-house as market controller for the US and Canada in its consumer and advertising division. That meant relocating to London, which brought multiple culture shocks.

He chuckles while recalling the employment handbook he received on arrival at headquarters, requiring staffers to wear a blue or dark grey suit, and always wear a jacket when away from their desks. That culture permeated the industry, Lussier admits, largely because De Beers was the one company with an international presence at the time; the rest of the industry was essentially local or regional. 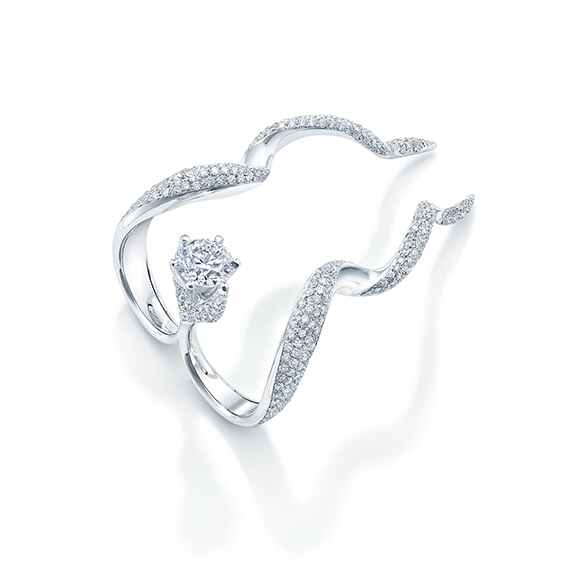 His stay in London was only supposed to last three years, but it stretched out much longer as he took on greater responsibility, becoming market controller for Japan and, in 1991, regional director for Asia Pacific. He became engrossed in De Beers’ challenges and its strategies for developing new growth opportunities.

Indeed, the company recognized the need to take a more global approach in the early 1990s. And no challenge was more daunting — and fascinating for Lussier — than the markets in China and India, which were starting to show economic potential but had a near-zero diamond-buying tradition.
“It’s one thing to fuel a market that’s already big and keep it going; it’s another to create something from nothing,” he explains. “There simply was no diamond dream there.”

Lussier admits he thought De Beers’ efforts were “way too early” when he and his team arrived in Beijing. But despite the seemingly unready consumer, the team inked a $100,000 deal to run ads every night on one of China’s largest TV networks.

Then the real challenge began. De Beers embarked on its usual immersion in the local culture to understand how best to customize its campaign, but nothing was sticking in its tests — until a consumer survey pointed to a particular Chinese desire: to achieve the idealized concept of love and romance that one sees in Disney movies. “They had this aspiration beyond their existence,” Lussier says.

De Beers therefore built its ads around fairy tales, but also positioned diamonds the same way they were perceived around the world: as a precious symbol. With the help of the large Hong Kong jewelers, the company pushed the idea of the romantic diamond solitaire wedding ring. Distinct from an engagement ring or wedding band, this product targeted not just lovers about to propose, but also married couples who perhaps hadn’t had the opportunity to express their commitment with a diamond earlier. 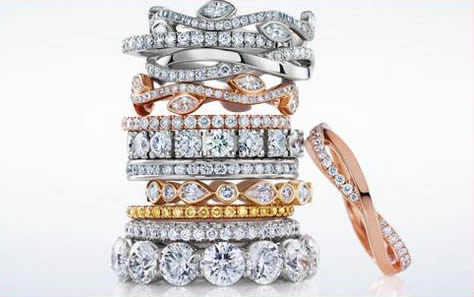