U.S. consumers are optimistic about the economy and wouldn’t mind splurging on jewelry, according to a new survey by NielsenIQ conducted by Platinum Guild International.

The survey found the following:

When the self-purchasers were asked why they bought a piece for themselves, the number one answer given was “just because.”

PGI has posted an infographic of its findings here. 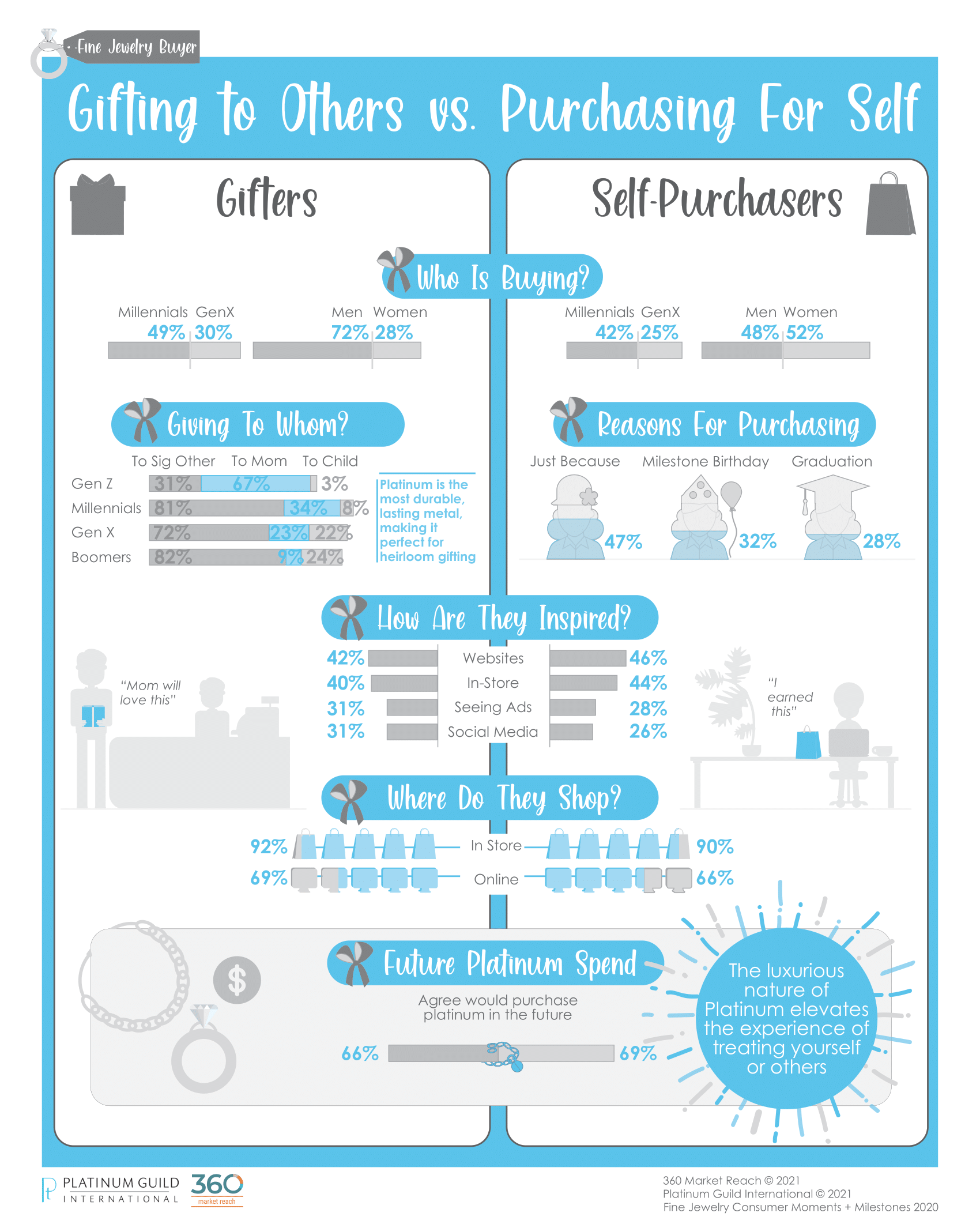 Things are also looking good for jewelry sales on Mother’s Day, according to the National Retail Federation (NRF), which predicts a $1.4 billion jump in spending, to reach $28.1 billion, the highest level it has seen in its surveys.