Launched in 2016 during the 37th World Diamond Congress in Dubai, organized by the WFDB and the IDMA, the Young Diamantaires group now has almost 500 members from the industry’s ‘young guard’ across all market segments. To have a better understanding of this group and its objectives, and to present their fundraising project for the Massina Renaissance School, Rubel & Ménasché interviewed David Trootstwyk*, Director of the Salotro diamond trading company, member of the Young Diamantaires management committee and Vice President of the London Diamond Bourse.

As David Troostwyk explained, we owe the launch of the Young Diamantaires to Rami Baron, a WFDB executive board member and President of the Diamond Dealers Club of Australia. His aim: create a place for Young Diamantaires and like-minded industry individuals to meet in new ways, network, share their skills, knowledge and best practices freely, socialize and do business by using the tools popular with the younger generations. At his initiative, the Young Diamantaires group was officially launched at the 37th World Diamond Congress in Dubai in 2016, initially as a discussion group on WhatsApp. 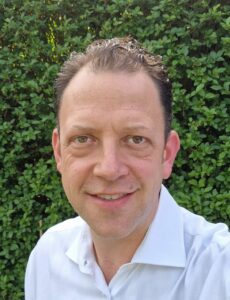 “Traditionally the industry was always led by elders, those that experienced a time when the industry was more antiquated or traditional through success and failure; it had begun to stagnate with a lack of fresh impetus, new ideas and new technology and as such found it difficult to change with the times” said David Troostwyk.

The dynamic WhatsApp group thus opened doors to the younger generation. Any diamond or jewelry topic could be a topic for discussion, and interactions soon became daily, with cooperation being the watchword. The main idea was to transform the group into an ideas laboratory to develop various initiatives, promote socio-economic topics and support the growth of the natural diamond industry based on ethical and fair criteria. The group gradually grew in size and left WhatsApp for Facebook.

The Young Diamantaires group now has around 500 members! Although they try to meet regularly ‘in person’, they took advantage of successive lockdowns during the pandemic to boost discussions on social media or Zoom. Their projects and discussions therefore grew bigger and enabled them to contact major industry players. They plan to sustain this momentum!

One of the group’s major projects is fundraising to support and expand the Renaissance School in Massina.

This project is funding the expansion of a school in Massina in South Africa, close to De Beers’ Venetia mine.

It all started with a trip organized by De Beers in South Africa, to visit, among other things, its Venetia mine in the Limpopo Province, very close to the borders of Botswana and Zimbabwe. 25 young ‘diamantaires’ from nine different countries joined the trip. They discovered De Beers’ social and environmental commitment and the resources implemented to support the local population: for example, building schools, or employing women in roles traditionally filled by men.

It was then that the Young Diamantaires group visited the Renaissance School, which De Beers built in partnership with the Limpopo local authority. The Young Diamantaires were immediately impressed: the school was performing miracles! But some children had to walk for hours to get there and back each day, with no access to clean water and could only afford one meal a day. Moreover, many villagers and parents were employed in the Venetia mine.

The headmaster told them that his school had to literally and figuratively ‘nourish’ the children: it needed funds to build two new buildings, namely a kitchen and a library, which would enable the school to meet the basic needs of 1,200 pupils. The Young Diamantaires group decided to ‘realize the headmaster’s dream’ and launch a fundraising campaign which they dubbed ‘The Renaissance School Project. ‘ To ensure that the project is well managed, and, in particular, that the resources necessary for constructing the buildings are sourced locally, the group partnered with the De Beers Foundation.

With this project, “we wanted to give something back to the diamond pipeline which has given up so much opportunity,” said David Troostwyk. “We wanted to make sure that the funds raised for this project come directly from Industry stakeholders rather than outside, allowing the diamond industry to give back to those in need within our own pipeline. This will encourage other students to join too. It will help educate them which in turn will help them believe in a brighter future in what is currently a poverty-stricken area.”

And for the future?

The group hopes to continue the momentum created by this project in order to develop new ones that will ‘do good’, and reflect on and propose new solutions to the key issues facing the industry, by cooperating with organizations which share their values and the vision of things.

“Supporting the Renaissance School in Massina, a project close to our hearts, at Rubel & Ménasché!“ – Interview with Morgane Winterholer, Business Development Director

In 2021, as we were convinced of the need to provide practical support to local communities, in line with its CSR commitments and its responsible sourcing pillar 1 , Rubel & Ménasché also contributed to the Young Diamantaires group’s “The Renaissance School” project. We plan to renew this initiative in 2022.

Morgane, why get involved and participate in the Young Diamantaires group? What does that bring to Rubel & Ménasché

I have been a member of the Young Diamantaires since 2019, so two years after joining Rubel & Ménasché. I think there that there is room for generations who are younger than those running our industry. These younger generations can add a fresh perspective to new issues. The interests and expertise of young diamantaires can be beneficial at all levels of the industry: I feel it is important to give them more space and more weight in the governing bodies.

What I also like about this group is that it operates in the same way as Rubel & Ménasché: by discussing and creating meaning through working together. Rubel & Ménasché is a niche player in the diamond sector, but we nevertheless have to understand the industry as a whole and have a broader market vision. With the Young Diamantaires, I can talk to people who come from India, Australia, etc.

Why support “The Renaissance School” project via a donation?

Rubel & Ménasché has always donated to charities and tried, in a very humble way, to support the industry’s stakeholders. It is something that we rarely talk about.

But this project for the school in Massina is very appealing to us and is particularly close to our hearts. That is why we wanted to put it ‘in the spotlight.’ We wanted to do something for those people who work and live near the diamond mines. We wanted to support a local community of the diamond industry in a very concrete way. It therefore seemed obvious for us to contribute to The Renaissance School project, supported by the De Beers Foundation.

To be more precise, this project matches our values, our ethics and our CSR commitments.

It is therefore in line with our education and training values that form part of Rubel & Ménasché’s DNA. It is also in line with our CSR pillars, which commit us to promote skills, invest in local communities and participate in the continuous and sustainable improvement of our industry.

For Rubel & Ménasché, it is important to remember that commitment is more than just a word…

* David Trootstwyk, formerly a member of the London Diamond Bourse’s Council of Management, was elected Vice-Chairman on 12 May 2022.